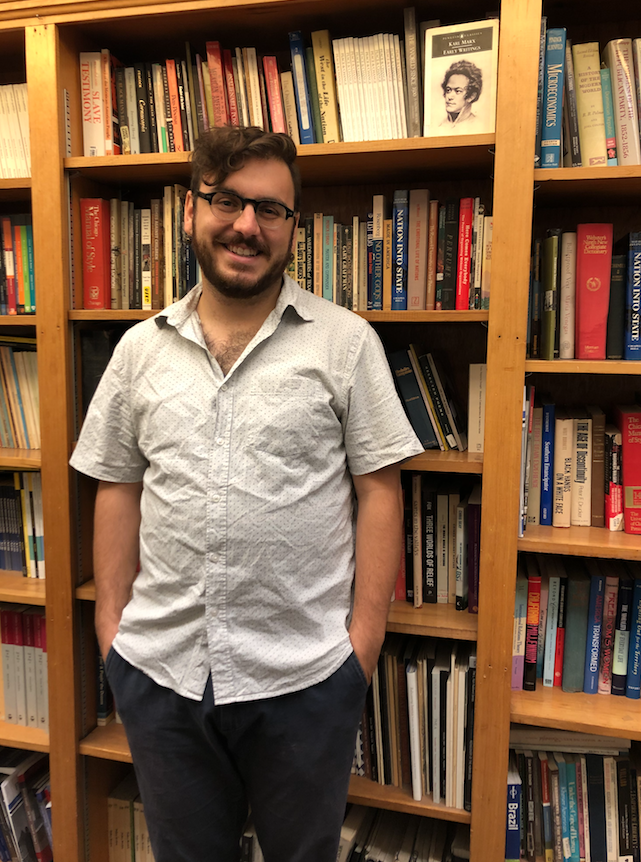 Francesco De Salvatore is a Ph.D. candidate in American Studies who specializes in the history of popular culture and policing in American cities throughout the twentieth century. His dissertation, "Making A Blue World: The New York Police Department and Popular Culture, 1973-2001," grapples with the common sense of policing in the late-twentieth century by examining the relationship between the nation's largest police department, and various sites of cultural production and meaning-making. It specifically focuses on the relationship between various NYPD officers and administrators with institutions, such as Hollywood, the John Jay College of Criminal Justice, and the New York Police Department Museum. Additionally, the dissertation examines other forms of police culture, such as parades, fraternal societies, and police memorabilia and aesthetics.

Prior to pursuing a Ph.D., Francesco obtained a B.F.A. in Dramaturgy and Criticism from DePaul University, where he developed his interests in storytelling, advocacy, and research. Afterwards, he began working as an oral historian and community engagement associate at StoryCorps. Francesco later went on to manage an oral history program at The National Public Housing Museum and then served as an archivist for the Special Collections at University of Illinois at Chicago. These experiences led him to obtain a M.A. in history from the University of Illinois at Chicago, where he studied the historical formation of conservatism in an Italian-American community in the Westside of Chicago.