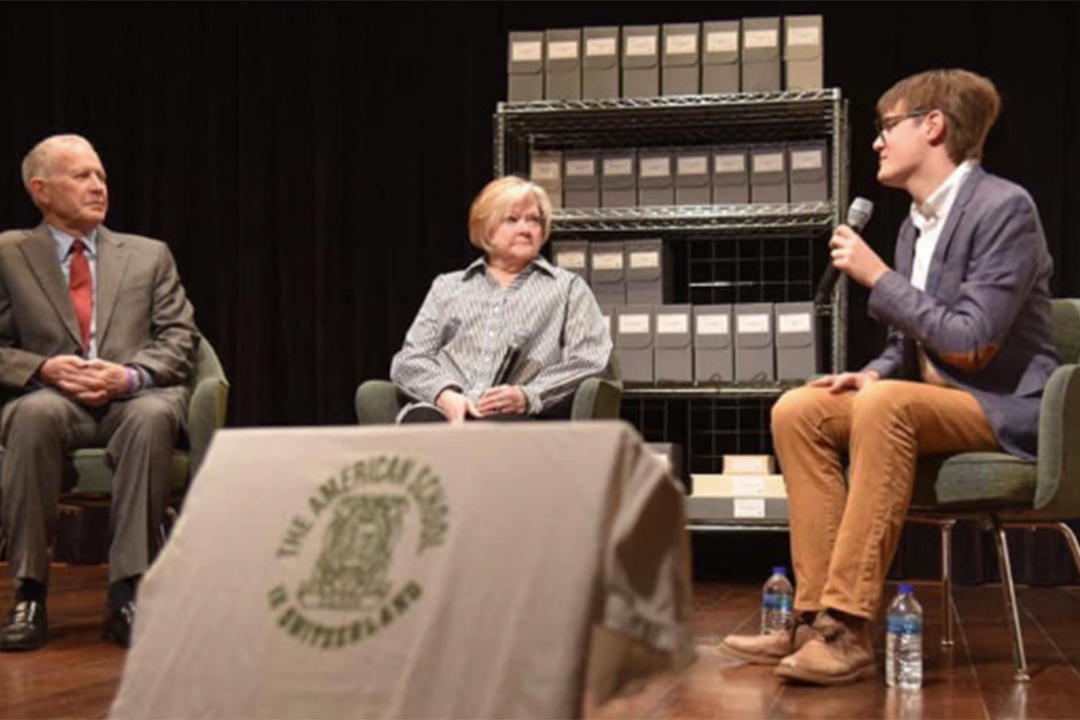 On October 25, 2018, MA student Harry Lewis was invited to moderate a discussion with Dennis and Judy Shepard, parents of the late Matthew Shepard, at the Smithsonian National Museum of American History. Shepard became an iconic figure of the gay rights movement when, on October 6th, 1998, he was beaten in a homophobic hate crime and tied to a fence in Laramie, Wyoming where he was left to die. His story inspired the play The Laramie Project, several documentaries, and was part of the impetus for the Matthew Shepard and James Byrd Jr. Hate Crimes Prevention Act, signed by President Obama in 2009.

Ahead of the interment of Matthew's ashes at the National Cathedral, the Shepards donated many of his personal effects as well as hundreds of letters and objects sent to them after his death to the Smithsonian archives. In recognition of this, a donation ceremony was held in which the Shepards signed over the items to the museum. In addition, students from George Mason University performed an excerpt of the Laramie Project. The culminating event was a discussion with the Shepards moderated by Harry Lewis in which they talked about the current state of LGBT rights in America, ways to resist oppression and prejudice, and lessons to be learned form Matthew's life and legacy.

Following the ceremony, the Shepards participated in an upcoming Smithsonian documentary commemorating the fiftieth anniversary of the Stonewall Riots in which they spoke about some of the objects they donated. Katie Couric also interviewed the Shepards for TIME magazine and spent time with the rest of them. They later had the opportunity to see other objects from burgeoning LGBT collection, including collection tins from the first Christopher Street pride parade and signs from the same-sex marriage debate.