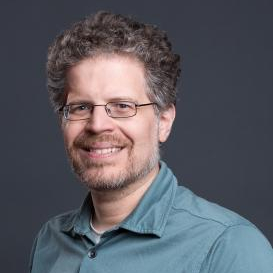 Melani McAlister specializes in the multiple “global visions” produced by and for Americans. In her writing and teaching, she focuses on the ways in which cultural and political history intersect, and on the role of religion and culture in shaping US “interests” in other parts of the world. Her own interests include nationalism and transnationalism; cultural theory; religion and culture; the rhetoric of foreign policy; and cultural and media history (including television, film, print, and digital).

Professor McAlister has recently published The Kingdom of God Has No Borders: A Global History of American Evangelicals with Oxford University Press. She is also the author of Epic Encounters: Culture, Media, and U.S. Interests in the Middle East since 1945 (rev. ed. 2005, orig. 2001), and the co-editor, with R. Marie Griffith, of Religion and Politics in the Contemporary United States (2008). She is currently co-editing volume 4 of the Cambridge History of America and the World (forthcoming) with David Engerman and Max Friedman. In 2017, McAlister received an NEH grant to begin work on her next project, an affective and cultural history of humanitarianism in the Cold War.

McAlister has published in a broad range of academic journals, including the Journal of American History, Diplomatic History, American Literary History, American Quarterly, and South Atlantic Quarterly. She has also written for The Washington Post, The New York Times, The Atlantic, and The Nation, and has spoken to a broad range of media outlets about US-Middle East relations and US evangelical life and culture, including PBS, CNN, BBC, Al Jazeera, Irish Radio One, and national television stations in Germany, Austria, and Iran.

She is on the Board of Directors of the American Council of Learned Societies (ACLS) and is deeply involved with the Society for Historians of American Foreign Relations, currently serving on the Ways and Means Committee and chairing the Development Committee. She is a member of the editorial boards of Modern American History, Diplomatic History, and American Quarterly.  She has also served on the International Advisory Board of the Center for American Studies and Research at the American University of Beirut, as a member of the Committee on Academic Freedom of the Middle East Studies Association, and on the boards of the Journal of American History, Diplomatic History, and American Literature. She has lectured at dozens of universities, both nationally and internationally. She has also served as a consultant and lecturer for American Studies programs and institutes in Egypt, Lebanon, Syria, Israel, and Palestine.

US in a global context/transnational US history; US media and cultural history; evangelical Christianity; religion and politics

McAlister has begun working on a book that examines the cultural and affective history of humanitarianism in the Cold War, exploring the role of culture and media in shaping the various ways that Americans understood certain crises in the global South to be “humanitarian” crises. She is particularly interested in how the circulation of movies, art, and literature from what was then called the Third World came to affect Americans’ understandings of the politics of international affairs. Her first chapter explores the US and UK responses to the Nigeria-Biafra war of the late 1960s.

In addition to work on the Cambridge History of America and the World, she is also in the process of co-editing a book on American evangelicals in the world, working with Axel Schäfer at the University of Mainz, Germany, and John Corrigan at Florida State University.

Overall, McAlister's interests center around US cultural and political encounters with global issues, focused primarily on the Middle East and Africa. She teaches graduate and undergraduate courses on the US in the World, US media and popular culture studies, the cultures of transnational encounter, and religion and media, among others.

AMST 6190:  US Media and Popular Culture

AMST 2320: US Media and Cultural History

Forthcoming 2020: Cambridge History of America and the World, Volume 4. Co-edited with David Engerman and Max Friedman.

The Kingdom of God has No Borders: A Global History of American Evangelicals, Oxford University Press, 2018.

“The Triumph and Downfall of ‘Social Concern’ in Global Evangelical Life, 1965-1985.” Journal of American Studies, part of a special issue (Fall 2017).

“The Body in Crisis: Congo and the Transformations of Evangelical Internationalism, 1960–65.” Forthcoming in Outside In: Transnational and International Dimensions of Modern American History, Ed. Andrew Preston and Doug Rossinow. New York: Oxford Univ. Press, 2017.

“The Persecuted Body: Evangelical Internationalism, Islam, and the Politics of Fear.” In Facing Fear: The History of an Emotion in Global Perspective. Ed. Michael Laffan and Max Weiss. Princeton: Princeton University Press, Oct. 2012.

"Guess Who's Coming to Dinner: American Missionaries, The Problem of Racism, and Decolonization in the Congo,” OAH Magazine of History, 26 (Sumer 2012), 33-37

“What Would Jesus Do? Evangelicals, the Iraq War, and the Struggle for Position.” In America and Iraq: Policy-making, Intervention and Regional Politics. Ed. David Ryan and Patrick Kiely. New York: Routledge, 2009.

“What is Your Heart For? Affect and Internationalism in the Evangelical Public Sphere.” American Literary History (December 2008): 870-95.

“Rethinking the ‘Clash of Civilizations’: American Evangelicals, the Bush Administration, and the Winding Road to the Iraq War.” In Race, Nation, and Empire in U.S. History. Ed. Matthew Guterl and James Campbell. Chapel Hill: Univ. of North Carolina Press, 2007.

“Seeking Stranger Things,” part of the series “Is this All there Is?” Immanent Frame blog, Social Science Research Council, https://tif.ssrc.org/2017/10/18/seeking-stranger-things/.

“Roundtable: Engaging Religion at the Department of State.” The Immanent Frame, blog of the Social Science Research Council, July 2013.

“Guess Who's Coming to Dinner: American Missionaries, The Problem of Racism, and Decolonization in the Congo.” OAH Magazine of History, 26 (Sumer 2012), 33-37.

Republished in “On Being,” blog of the public radio show hosted by Krista Tippett. April 2015.

“An Empire of Their Own.” The Nation. September 22, 2003.
Reprinted in Good Weekend Magazine, supplement to Australia’s two largest newspapers.

“Television, Terrorism, and the Making of Incomprehension.” The Chronicle of Higher Education Review. December 7, 2001.