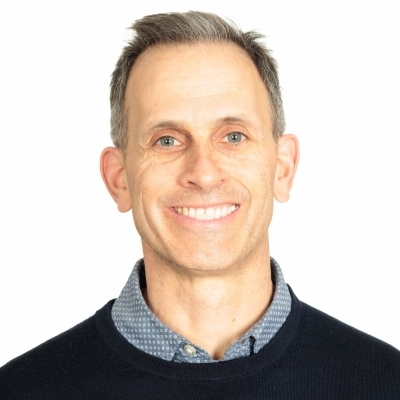 Professor Guglielmo’s teaching and research interests include race and ethnic studies, immigration, and twentieth-century U.S. social, cultural, and political history. He teaches undergraduate and graduate courses on race & racism, civil rights, immigration, World War II, and the U.S. state. His research has been supported by Stanford University’s Research Institute for the Comparative Study of Race and Ethnicity and by Harvard University’s Charles Warren Center for Studies in American History. He currently serves as an Organization of American Historians Distinguished Lecturer.

Professor Guglielmo's new book, Divisions: A New History of Racism and Resistance in America’s World War II Military (Oxford University Press, 2021), won the Society for Military History's Distinguished Book Award. It challenges popular notions about America’s World War II military as a force of unalloyed good, which supposedly unified a famously fractious American people while saving the world from Nazism. Drawing from more than a decade of extensive research and stitching together stories long told separately -- of race and the military; of high command and ordinary GIs; and of African Americans, white Americans, Japanese Americans, and more -- Guglielmo stresses not national unities but racist divisions as a defining feature of America’s World War II military and of the postwar world it helped to fashion.

His first book, White on Arrival: Italians, Race, Color, and Power in Chicago, 1890-1945 (Oxford University Press, 2003), received the Frederick Jackson Turner Award from the Organization of American Historians and the Allan Nevins Prize from the Society of American Historians. It examined, most broadly, the process by which Italian immigrants came to see themselves -- and, crucially, to be seen by others -- as white Americans and the many advantages that came with that socially-defined status.

Race & Racism in US History (undergraduate and graduate seminars)

The US State: History & Theory

The United States and the World (graduate seminar)

“‘No Color Barrier’: Italians, Race, and Power in the United States.” In Are Italians White?: How Race Is Made in America, edited by Jennifer Guglielmo and Salvatore Salerno, 29-43. New York: Routledge, 2003.

"Memorial Day is moment to grapple with hard truths about the military," WashingtonPost.com, May 27, 2022.

"Keywords in Modernity: Race", The Potomac Center for the Study of Modernity, August 2017

“What I Know about Racial Preferences,” The Observer, February 8, 2004.