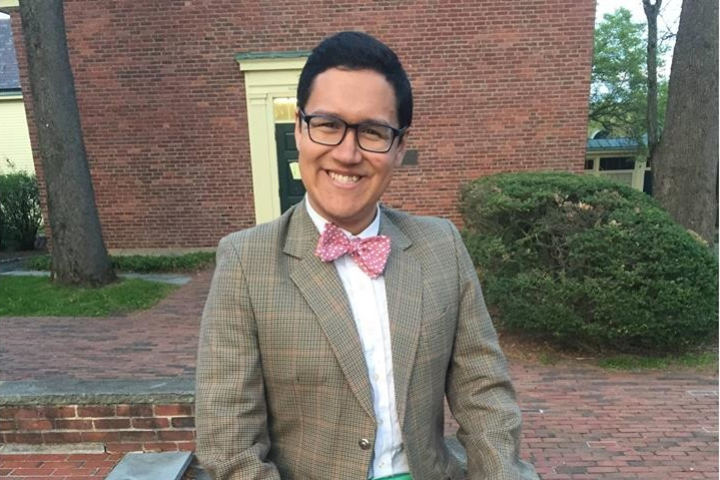 An Ecuadorian immigrant raised in The Bronx, NY, George Ramírez is excited to be spending the next few years completing his PhD in the American Studies department at GW. After completing a double major in Physics and History at Yale, he taught for two years at a boarding school while getting his MSEd from the University of Pennsylvania's Graduate School of Education. He's excited to put his science, humanities, and social science knowledge to use as he investigates the performance of Latinidad through new media.

Why did you decide to study American studies?

Given my interest in Latinx studies, performance studies, and media studies, it only made sense to take advantage of such an interdisciplinary field like American studies. All my favorite classes as an undergrad were cross-listed as American studies, so when it came time to thinking about the best program for me, it made sense to approach my research through this field! American studies allows me to practice different methods while learning new ones I could also use.

How did studying physics help or influence your American studies research?

The more I studied physics, the more I learned that philosophical assumptions, forces in society, and cultural values of particular times led scientists to ask the questions they ask and settle for the questions they created, which led me to culture and ethnic studies. However, the best part about majoring in physics is learning how to problem-solve. Media studies requires a lot of analysis, but the influence of technology requires an understanding of how electricity, circuits, and networking works as a science. In other words, studying physics has helped add another approach to study the performance of Latinidad through new media. Physics has helped (and hopefully will continue to help) me think about how the science of new media can help us understand why it's such an accessible virtual space for people to express themselves!

What are you focusing on in American studies?

My research hopes to elucidate the production and representation of Latinidad, a broad cultural category, and the ways people contest and integrate of what it means to be Latinx through new media. I want to illuminate an undervalued and understudied performativity of Latinidad through the study of Latinx-oriented social media.

What's your favorite place in DC?

I haven't had too much time to explore DC yet, but my walks to the National Mall still haven't gotten old. It's so vast and beautiful!

What are your career goals?

My dream is to become an activist-scholar and researcher. As an aspiring university professor, it is my goal to create bodies of knowledge that will empower students of color and further decolonize the academic spaces that we inhabit.

What's a fun fact about you?

I'm a huge Bruce Springsteen fan, and I'll be attending my 13th Springsteen show at the end of October!