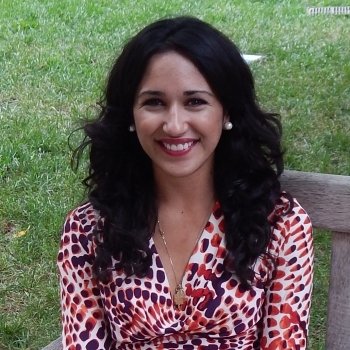 Sara Awartani began the Ph.D. program in American Studies in Fall 2014 after receiving her B.A. in History from the University of Florida (Go Gators!). Her research interests include transnational and comparative history, cultural politics, and political culture, particularly that of Puerto Rico and the mainland diaspora community. This work is a culmination of her undergraduate honors thesis focused on the anti-imperialist Puerto Rican independence movement, Fuerzas Armadas de Liberacíon Nacional (FALN), an armed clandestine organization. She is eager to refashion, elaborate, and complicate her original analysis into a larger examination of Puerto Rican and Palestinian anti-imperialist independence movements in the United States through a study of shared political context and radicalization. She is interested in examining how Puerto Rican and Palestinian independence activists negotiated their national identities with larger legacies of colonialism, transnationalism, and marginalization from mainstream U.S. society, such as accusations of terrorism and delinquency.
Sara is interested in challenging standard, increasingly common stereotypes and paradigms for understanding anti-colonial struggles in a variety of forms. As a minority student herself, studying history has been a source of empowerment for Sara, and she is thus deeply committed to helping other minority students empower their own historical identities.

Where were you born?
In Gainesville, Florida, and I have lived there all of my life.

Where did you go for college and what did you study?
I went to the University of Florida and I majored in History. I decided to pursue my PhD right after graduation.

What are you studying right now?
I am studying the comparative history of Puerto Rican and Palestinian activists in the United States.

What made you come to GW to pursue your PhD?
The professors were so approachable and I felt that the environment fostered the right type of intellectual development. I feel comfortable admitting if I'm not good at something and I know the faculty is always there to help.

What has been your favorite part of being in D.C. so far?
Having actual seasons, which we don't really have in Florida. Although I'm sure in a month I won't be too happy with the weather anymore.

What is your favorite book?
On the Road by Jack Kerouac, probably because it is an escape into a world that is very different from mine.

Do you have any hobbies?
I love to bake. I've had friends call me "Grandma Sara" because of my baking, and I completely embrace the nickname.

What are your future career goals?
I'm not sure what I want to do yet, but I know studying history has been a source of empowerment for me as a minority. I want to help other minority students empower their historical identities.